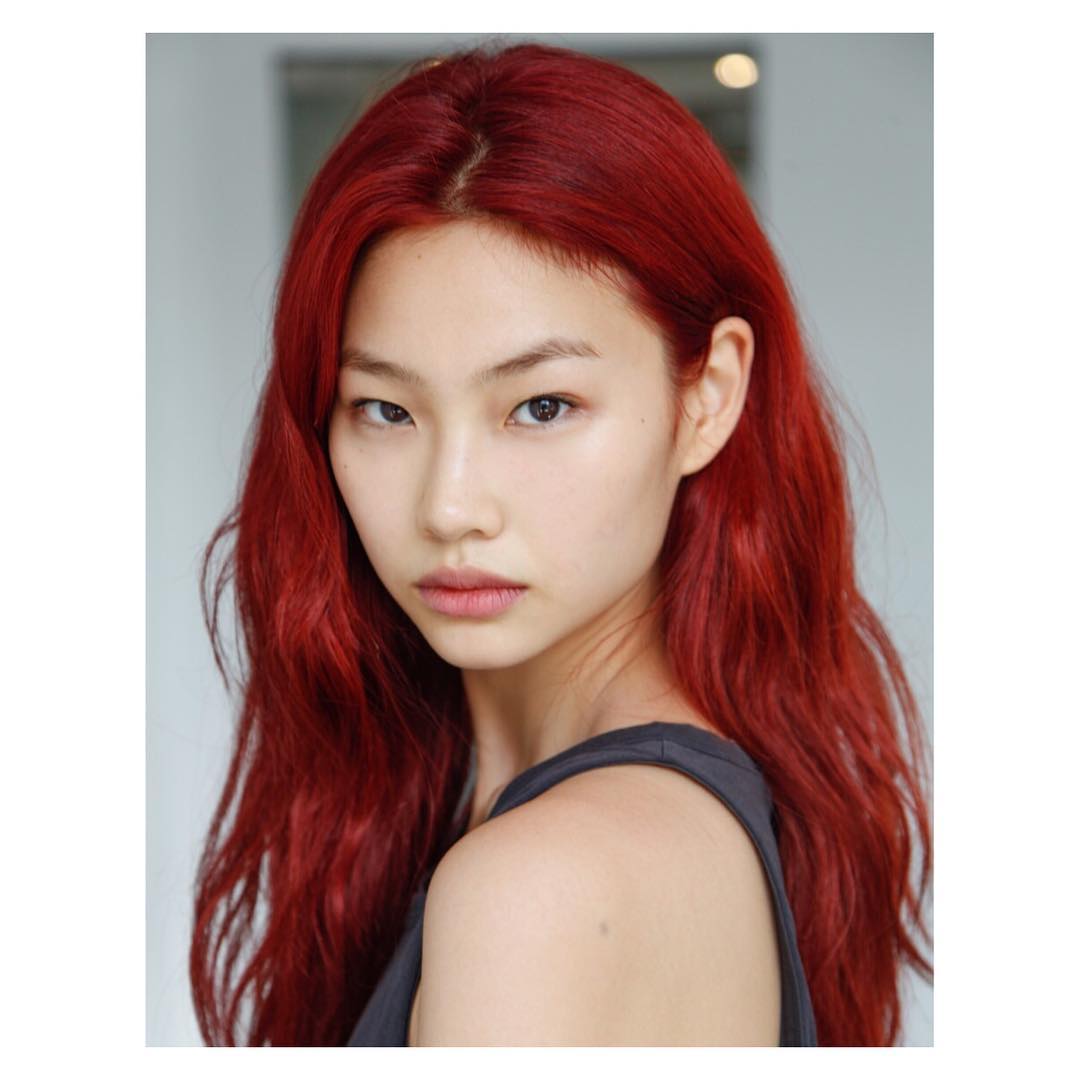 No need for “Squid Game’s” prize money for these

ICDYK, Squid Game's Jung Hoyeon was an established runway and high-fashion model before she starred in the hit Netflix show. She even shared her makeup and skincare routine, favourite products, and top beauty tips on Vogue’s Beauty Secrets series in 2016. The video featuring the Korean star — originally titled ​​Korean Model Hoyeon Jung’s Steps for Perfect Skin and a Two-Tone Lip, according to one commenter — currently has 16 million views and counting. Beauty Secrets viewers noted that the original number of views were only around two million prior to the tutorial’s title change.

Curious how you can recreate her skincare and makeup routine? We break down Jung Hoyeon’s top beauty tips — and share some of the makeup and skincare products she used in the video, most of which are totally budget-friendly! — below.

Hoyeon’s secret weapon for glowing skin despite having a busy schedule: a custom toner, essence, and moisturiser kit from Clinique Korea. She didn’t disclose much about this part of the routine, but one thing’s for sure: it’s all about hydration, hydration, hydration!

Recreate her routine with the Clinique 3-Step Introduction Kit. The 3-Step kit, which comes in two variants (for normal to dry skin and for normal to oily skin), consists of a cleanser, a skin lotion, and a moisturiser that’s created to address the most common skin concerns. It’s perfect for those who want to keep their routine minimal but get the best results.If you want to target more specific skin issues, you can try the Clinique iD custom skincare. This product is tailor fit for your needs based on what you choose to include in the formula.

Massage the face for de-puffing

Jung Hoyeon also walked us through her face massage routine. Her top tip when de-puffing the eyes is to massage the brow bones using one’s thumbs in an outward motion to the temples. She also demonstrated an acupressure technique that is said to improve blood circulation and help make the skin look less swollen or puffy.Recreate her routine with this three-piece wooden acupressure tool set (~KRW5,773.66). One way to use this is by pressing the ball-like tip of the massage stick in the space between your thumb and index finger to encourage lymphatic drainage. Acupressure also has health benefits beyond skincare. Prep your lips before you start with your makeup

Hoyeon’s Vogue tutorial is all about getting the perfect two-toned lip and she makes sure she achieves this by putting on a moisturising lip balm before getting started on the rest of her makeup routine. This gives the balm time to work its magic before the lipstick (or in Hoyeon’s case, lipsticks) comes into the picture. Recreate her routine with PRIMERA Natural Lip Balm 4g. This cult-favourite beauty product is lauded for its miracle-like effect not just on the lips but also in other parts of the body.

Dab on some anti-stress oil

Another interesting part of Hoyeon’s beauty routine is when she puts anti-stress oil behind her ears instead of perfume. Juggling multiple modelling jobs in New York, London, and South Korea can be quite a feat so we understand how this skincare product became a staple in her regimen. Recreate her routine with the  Belif Rose Gemma Concentrate Oil 30ml.This soothing concoction is not only great for aromatherapy but also boasts ingredients like soybean oil which is proven great for skin repair and hydration.

Use two shades of concealer to brighten up the undereyes

Hoyeon barely puts any makeup on her face. But, just like many of us, she deals with dark undereyes. Her trick to brighten them up is by using two concealer shades: one that cancels out the darkness and one that matches her skin tone.

Recreate her routine with the HERA Black Concealer Dot Cover.

Unfortunately, Hoyeon didn’t give us a clue about her choice of concealers but we’re going with this NARS favourite for its lightweight finish and buildable coverage. This makeup product is known for keeping a natural, skin-like finish which is what we want to achieve in recreating Hoyeon’s routine.

Get the perfect gradient lip without using a concealer

Gradient lips were everywhere a couple of years ago because of K-dramas but it continues to be a trend that pops up every now and again because of its fresh, just-bitten appeal. One of the ways to nail this trend is by dabbing concealer on the outline of the lips after applying your choice of colour to create the faded effect. This version of the gradient lips can give the illusion of thinner and smaller lips, so those who want their puckers to look fuller can try Hoyeon’s trick instead.She fills in the lips with brown lipstick to still preserve the fullness of her lips’ outline. Then, she puts the red lipstick on the inner part of her lips and blends it outward with the brown shade using her fingers. We’re not exactly sure if these are the exact colours Hoyeon used, but these look so similar to what she wore. These makeup products glide on smoothly while delivering good colour payoff. They also have a longwearing but non-drying formula, which is what everyone needs from a good lipstick.

We don’t know about you, but we’re totally adding these tips to mind and these product picks to cart!